The Palace Hotel is ancient but well-dressed, sprawling Victorian hotel in downtown Port Townsend is a treasure and destination in its own right. The rooms each have their own character: we choose to forgo the better views of the Puget Sound in favor of the Crow’s Nest: a bedroom perched above the exposed brick sitting area, a nest to touch the high ceilings, over the galley kitchen. 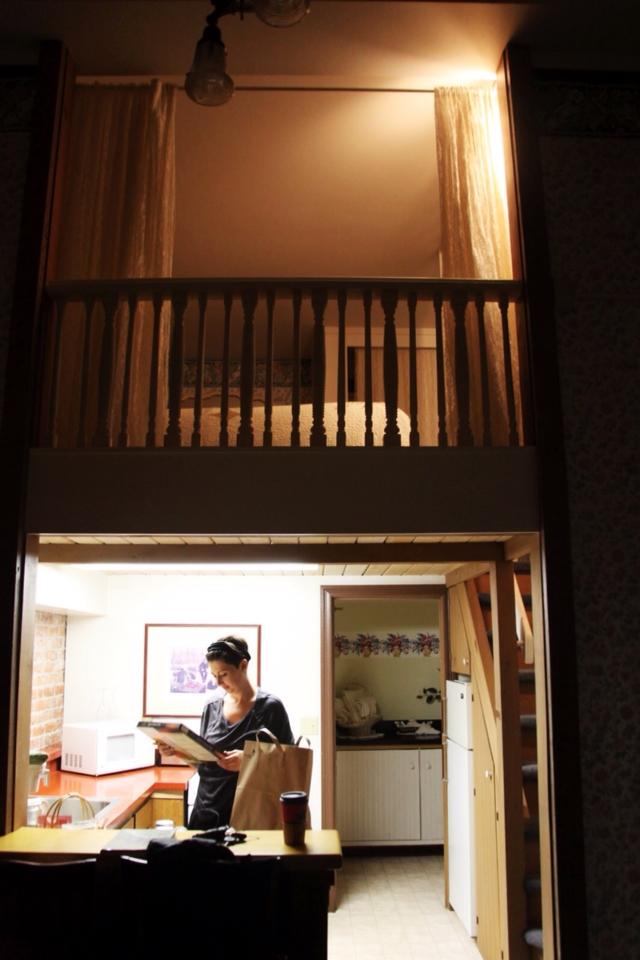 We went to the 24 hour Safeway and bought some food for a late night snack. I snuck out in barefeet and shorts to the Palace library, borrowed a few books and glossy magazines and read about the Northwest back in the day. I was too afraid of the ghosts of bon vivants to use the chaise lounges or other period sofas in that sitting area, or in the mid-level stately mezzanine.

Even coming from the older coast, growing up amongst historic towns of Connecticut and Massachusetts, I never believed a place like this could exist. Must be seen to be believed: worth the price of admission and more.

There could be no better gateway to the story of Port Townsend, no way to get more comfortable with its majestic architecture. In the top three most fun and fascinating hotels I have ever stayed at.

1 thought on “The Palace Hotel”