The second day we drove out to the white sand beaches of Destin, on a long barrier island facing the Gulf Coast. This is where Aunt Mo lived with Grandma Gen and Granpa Bill when they first arrived in Florida. It was the low season, overcast, but in the fifties it was the tropics compared to Chicago. 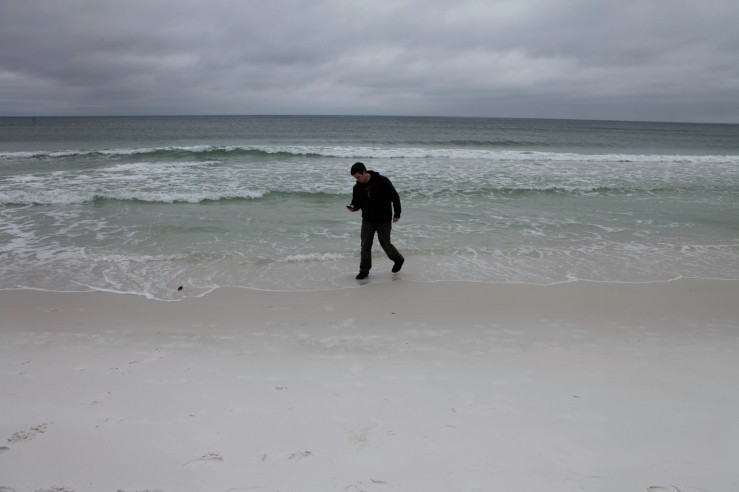 While the aunts talked in the car, I walked the beach and photographed and filmed the Florida birds. I was captivated by sand pipers, gulls, large birds tearing fish, small birds picking worms and dodging waves. A string cruised single file up the coast: their long wings opening and closing and gliding.