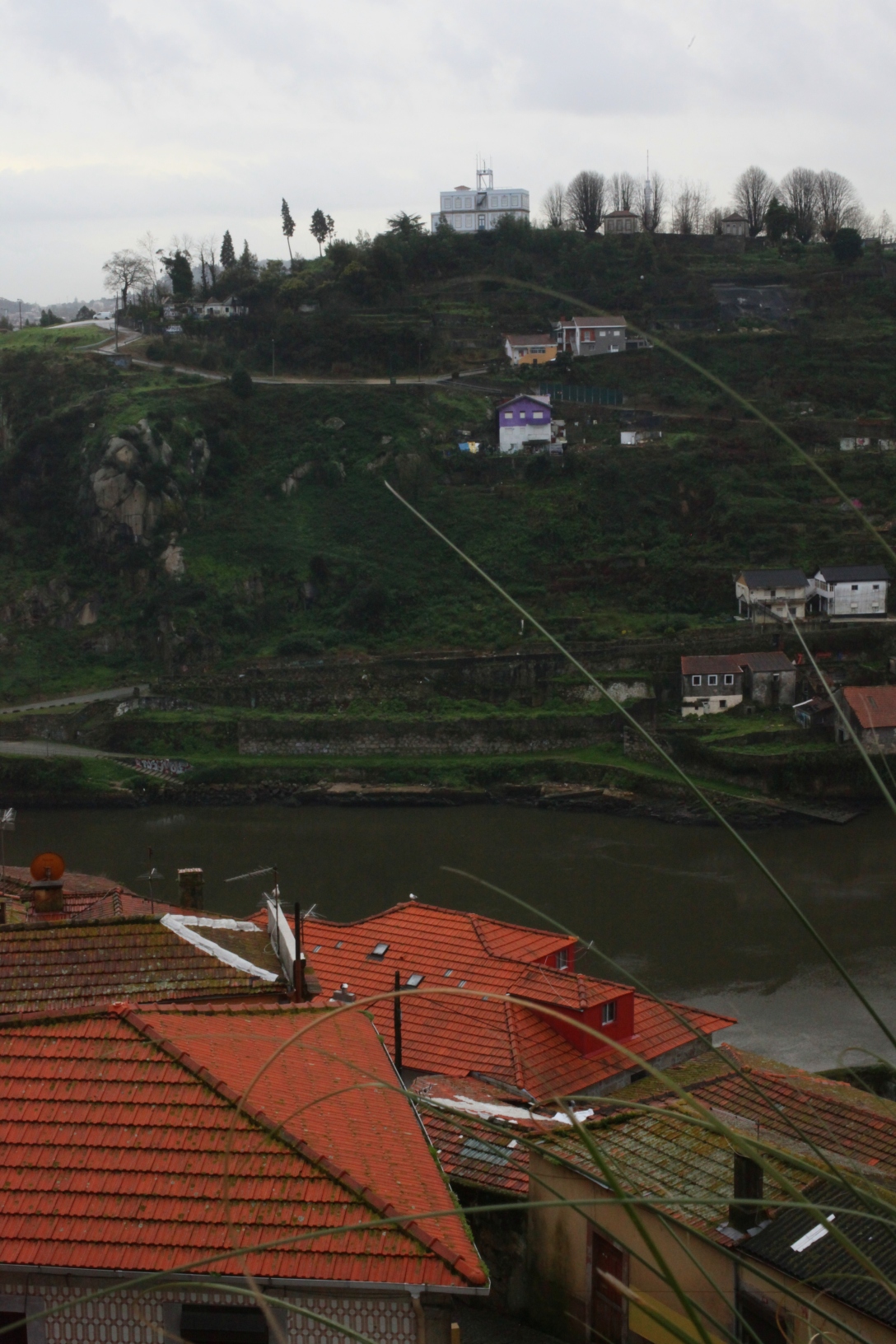 After the first full plate of bacalhau, I went back for a heaping second helping. I cleaned that plate as well. It was delicious, my first time with the classic Portuguese dish, plus I wanted to impress my friend’s father with my healthy appetite. Unbeknownst to me, salt cod digests very different from its broiled cousin. I got the fish sweats, and I couldn’t sleep. 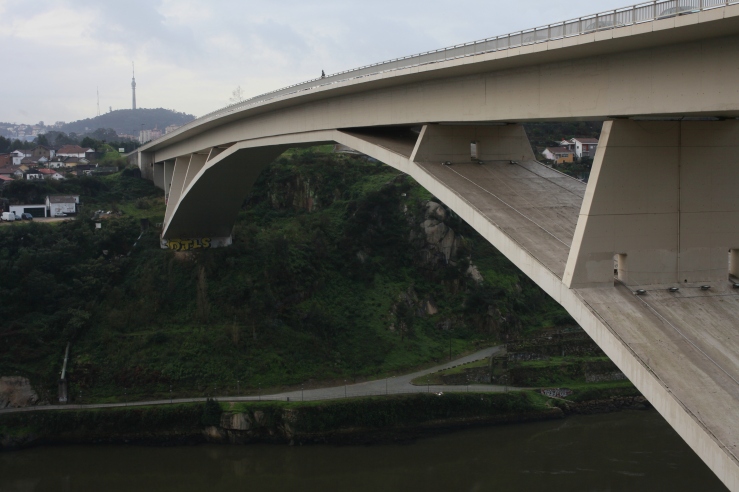 Before first light, I headed out for a walk. I crossed over the Dom. Luis I. Bridge. In Gaia, I walked behind two guys, I guess on their way to work. They stepped off the street and cut behind a row of homes: I instinctively followed at a distance. The path brought us to the top of a hill, where it was possible to get back on the road. The road lead to another of Porto’s awesome bridges.

As the sun rose, I crossed the Ponte Infante D. Henrique for the first time. Named for Prince Henry, the bridge was inaugurated on March 30, 2003. Ponte Infante D. Henrique was designed by the engineer Adão da Fonseca and it was built to replace the upper deck lane of the Luís I Bridge. I I took in the stunning views of the city and Douro gorge, while the morning traffic jam slowly built. 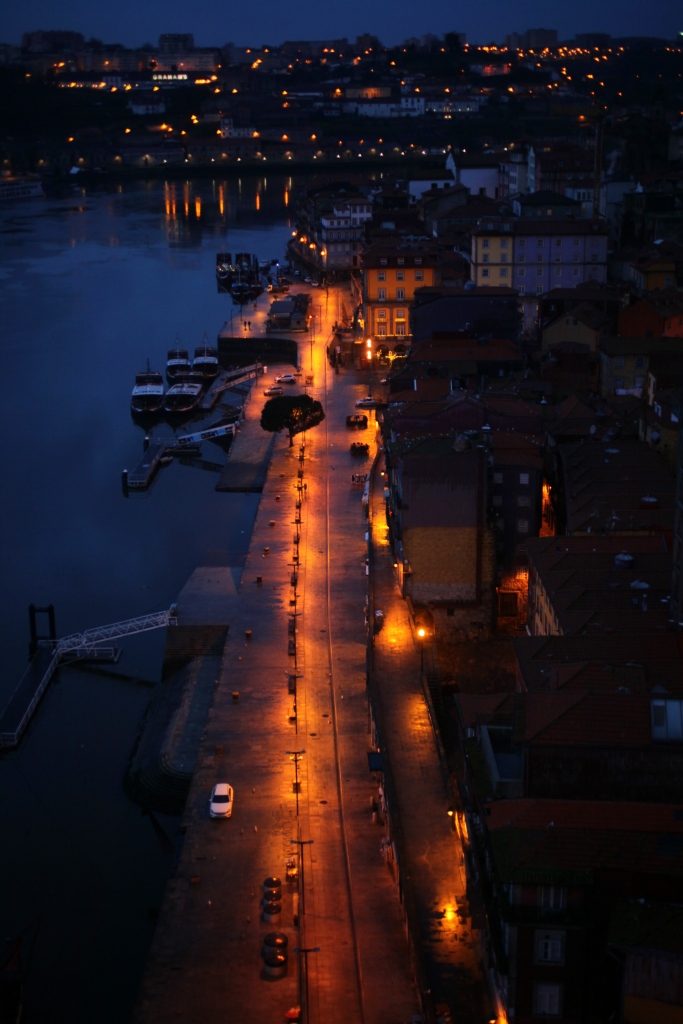 On the Porto side of the Douro gorge, the waking city appeared from the Ponte Infante D. Henrique as if in miniature. Cars still had their headlights on as they snaked along the river road. A yellow tramway traversed a steep cliff and disappeared into a tunnel.