Right down Archer Ave from the dojo is Henry C. Palmisano Park. Now covered in prairie nature, this was the former home of Chicago’s first limestone quarry. 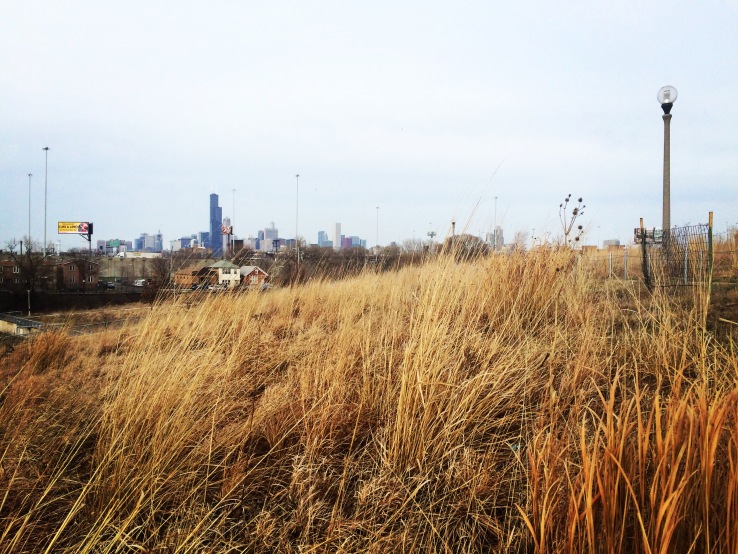 After almost a century of extraction, enough limestone had been carted off to create a nearly 400 foot hole in the ground: that’s what makes the park’s lake surrounded by steep limestone cliffs.

At the turn of the millenium, designated a future park, what had become a landfill was buried under topsoil, creating a high point with spectacular views of the neighborhood that is now referred to as Mount Bridgeport.