Aunt Judy (who lives in Guilford) and I have been going to Lobster Landing in Clinton for many years. This past summer I made the journey to Abbott’s Lobster in the Rough. On my latest visit from Chicago (helping my aunt set up her first Mac) she proposed we eat at Guilford Lobster Pound. My response was, “What?”

I was surprised to discover this place existed! I have been going for jogs from Long Hill to the Guilford harbor for ten years, and I somehow never knew the Lobster Pound was right there. It was as if were hidden in another dimension, sharing harbor real estate with The Stone House and Mooring but unseeable. 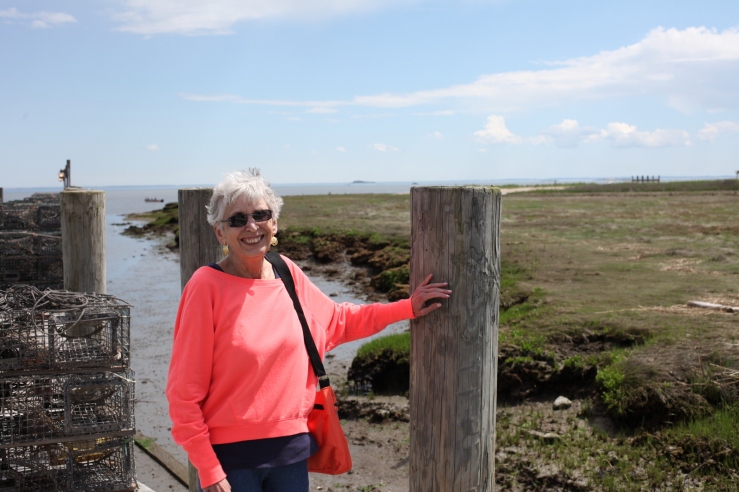 We pulled behind the Mooring parking lot and there it was, docked boats on one side, salty marsh on the other, a lobster shack right on the water. The tide was coming in. Seating is picnic tables on the dock, under umbrellas. My aunt and I ordered 2 lobster rolls and a chili cheese dog, along with chips, slaw and drinks.

The lobster is abundant, buttered and yet sweet and delicate, served warm on a toasted bun. The slaw had a punchy (horseradish?) sharpness that balanced the rich lobster. I love these casual lobster roll places. It made my day to discover a gem under my nose.

Lobster Pound is right up there with Lobster Landing and Abbott’s in terms of delicious Connecticut-style lobster rolls and Long Island Sound beauty.