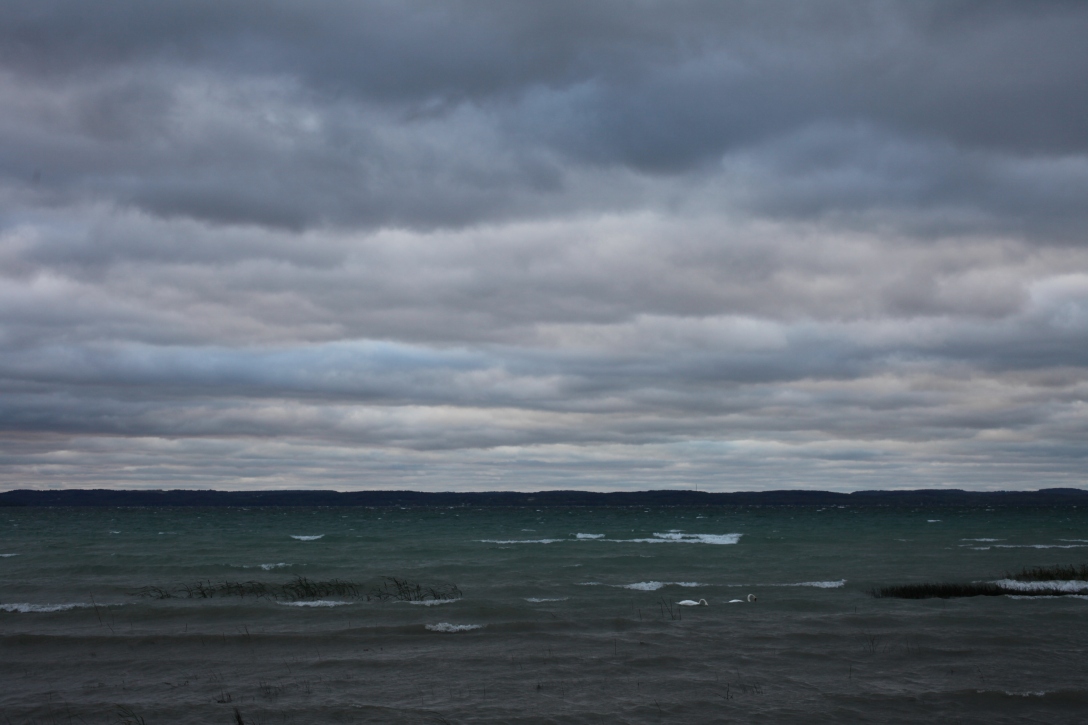 Old Mission and Leelanau are two of the most beautiful peninsulas in the United States. Together, they make up as much coastline as Cape Cod or Door County, and yet they fly much lower under the radar than either of those two destinations.

When I first stopped in Traverse City, on our circle tour around Lake Michigan, we drove out to the Old Mission State Park to watch the sunset. This year, we spent a weekend just exploring both peninsulas. Again, we found ourselves out on the tip.

It was a chilly September Sunday evening. The lake was at it highest level in several years. With the wind blowing, and green leaves turning yellow, and summer retreating, the historic Old Mission Lighthouse was oddly reassuring.

On the drive out of the state park to dinner, we pulled over and watched two swans. They were feeding in rough water, their white bodies bobbing up and down in the swells, with waves breaking over their backs. The water was warmer than the air.