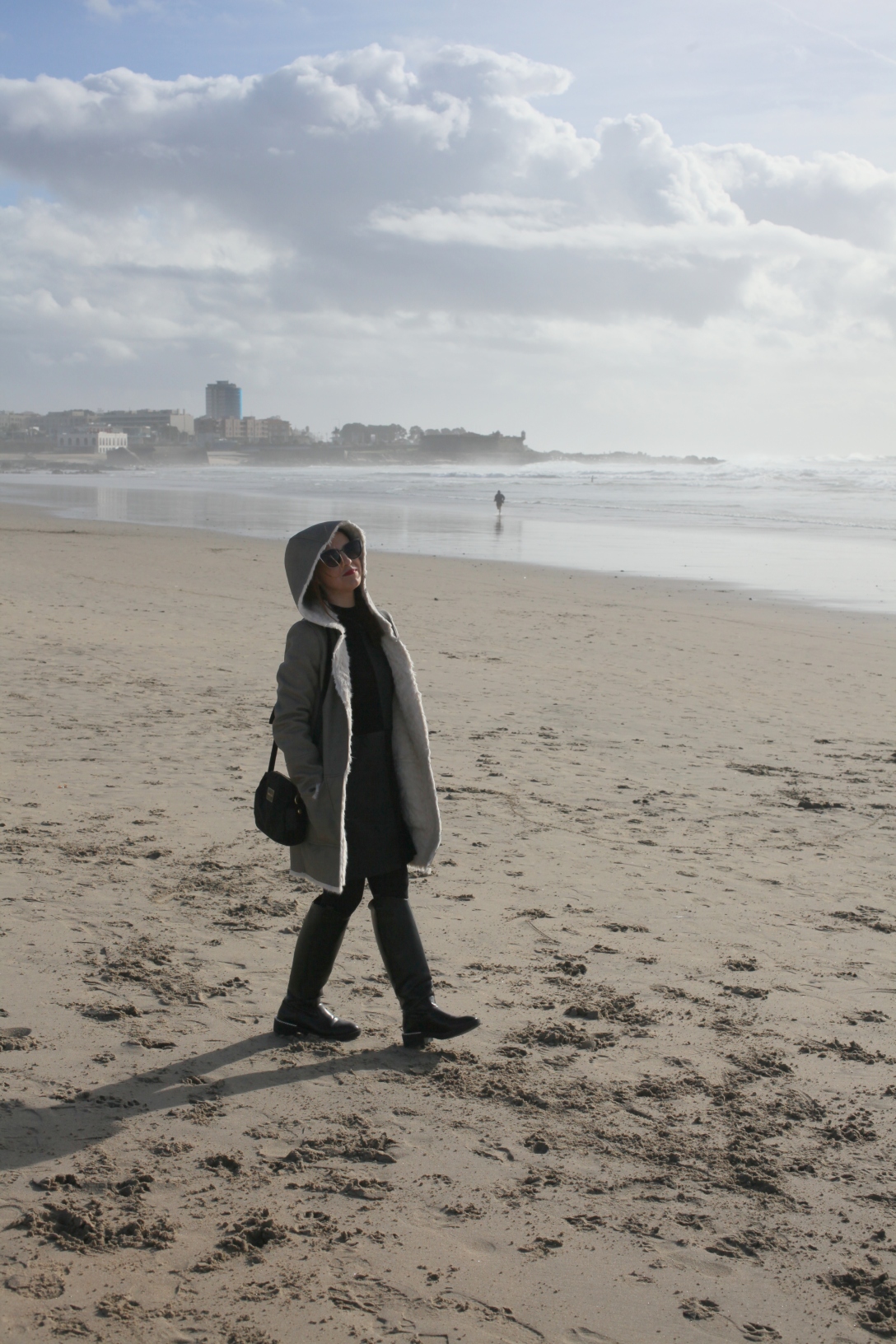 When I stepped outside the first cafe we’d snacked at, I took a deep breath. My nose was tingled by the salty sea. As one who grew up close to the ocean, I was compelled to go see the Atlantic from the other side. We headed to the Matosinhos Beach (known as Praia de Matosinhos in Portuguese.)

Matosinhos has historic ties to the ocean: through the ages, countless expeditions for cod have launched from town. My friend showed me a statue that commemorates the wives of fishermen who lost their lives at sea. The widows’ eyes endlessly scan the horizon, pleading with fate and churning waters to bring back their husbands.

The men’s bravery was not lost on me, as I stood spellbound (never scared…) watching the truly giant waves crashing off shore. The expanse of soft white sand was impressive and even in January I could easily imagine the mob scene of summer. It made me happy to see people were out enjoying the warmth of the sun.

There were folks relaxing with a glass of wine at the small cafes strung along the pedestrian pathway, dog walkers walking up, yoga-enthusiasts in downward dog… in the water were those brave souls in wetsuits who are a kind of modern corollary to the risk-facing fishermen of days past.

They do not just stand still as a statue, staring dead-eyed with awe at the pounding surf: they swim out and they ride it.