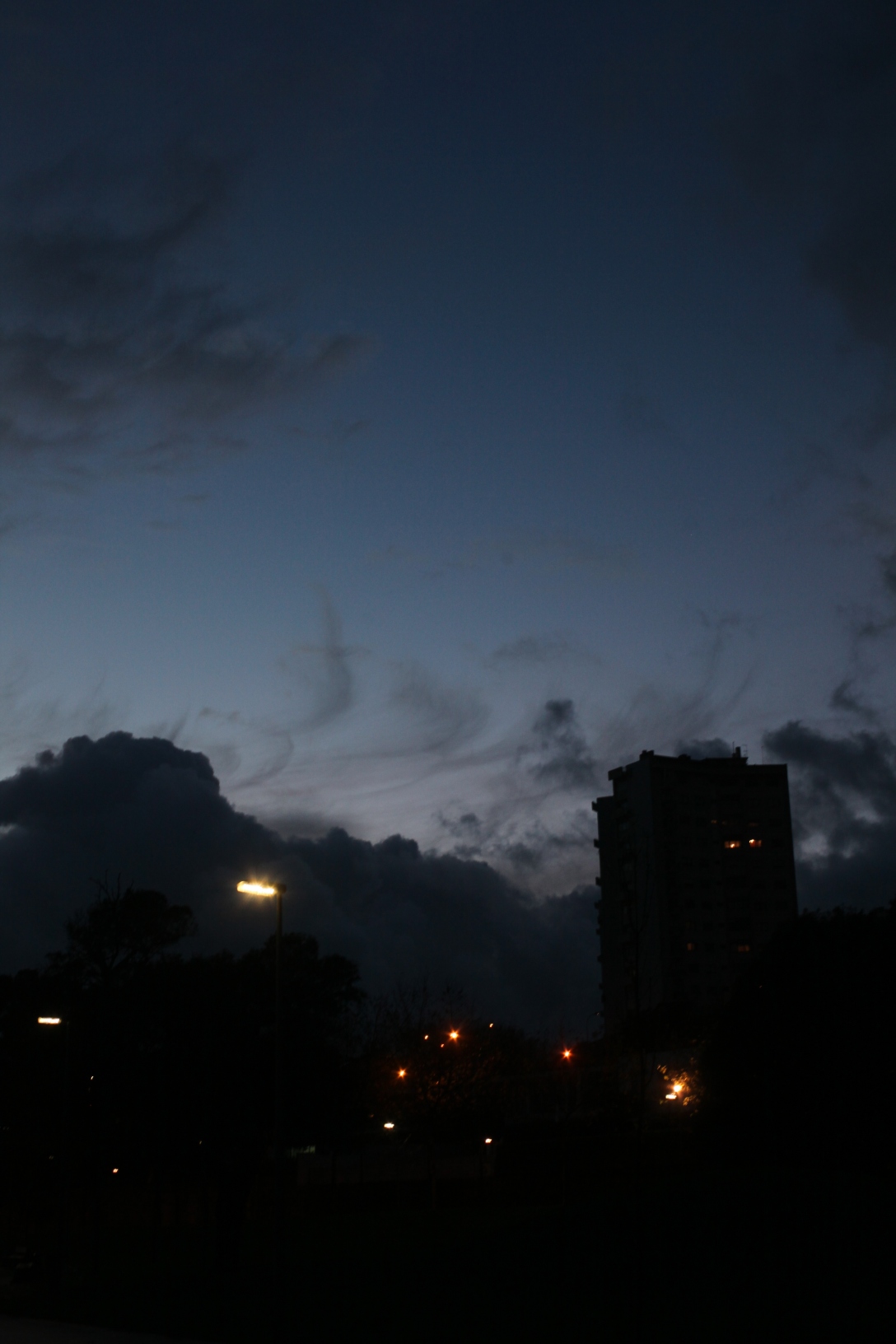 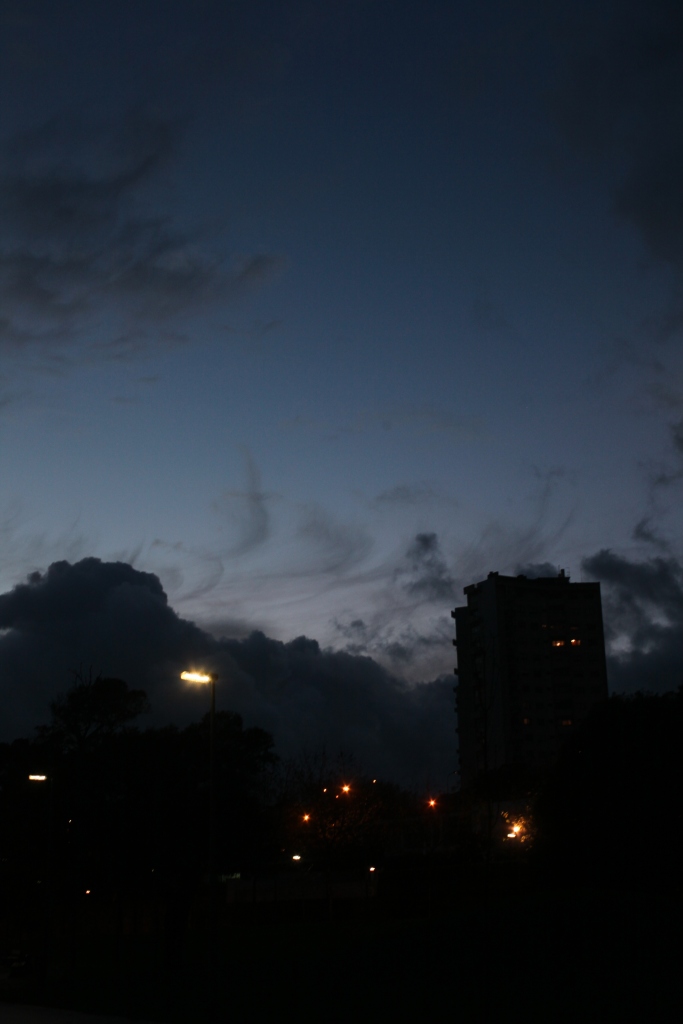 The Arrábida Bridge is the most downstream bridge across the Douro River, only a couple kilometers from the Atlantic Ocean. Over fifty years after its 1963 completion, the Arrábida Bridge remains one of the largest concrete arch bridges in the world. At Porto’s most seaward bridge, the high flying birds are all gulls and sea birds, never pigeons. 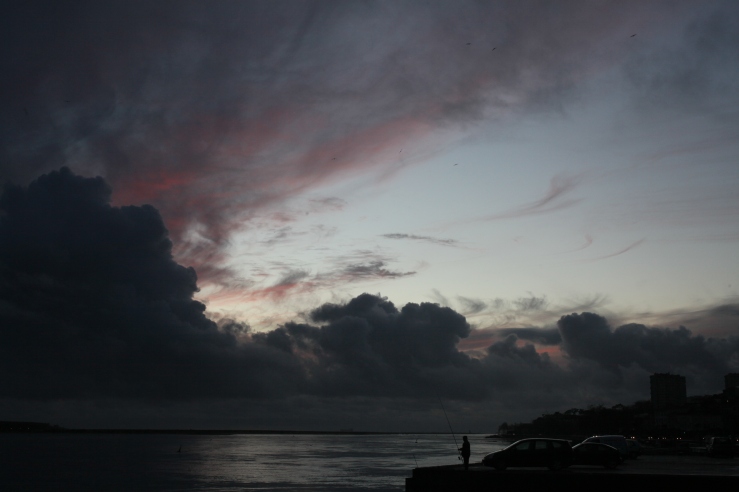 As it started to get dark, I went for a long walk along the riverfront bike path. The Douro must keep rolling, flowing into the night. I passed old men fishing out of the back of their trucks. The clouds broke open and the sky glowed purple. I was like a young Ray Davies, putting all my troubles aside as I gazed at the beautiful sunset by the Arrábida Bridge. 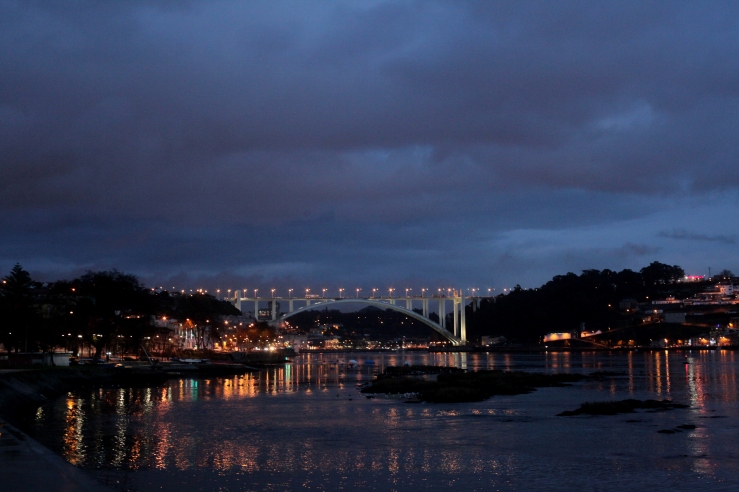 Further along the path is a golden sculpture of an angel. “Anjo Gabriel ou Anjo Mensageiro” is a piece by Portuguese sculptor Irene Vilar, who passed away in 2008 at age 77. The angel is sculpted as if walking along the Douro River towards the ocean, blessing commuters on the drive home from work, cyclists on the bike path, and all the mariners headed out to sea. 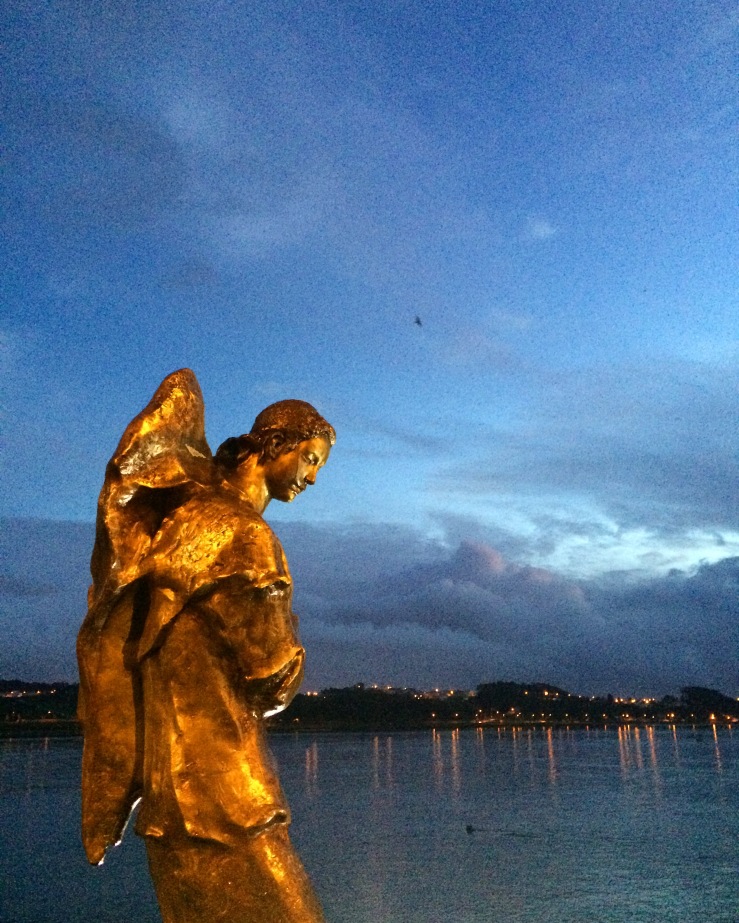 Ray Davies has said that when writing Waterloo Sunset, “I was feeling vulnerable. The river is depicted as a protective force… The song is about how innocence will prevail over adversity. It starts out delicate, but by the end has become awesome in its power. Those triumphant chords come in – and the angels tell you everything is going to be OK.”