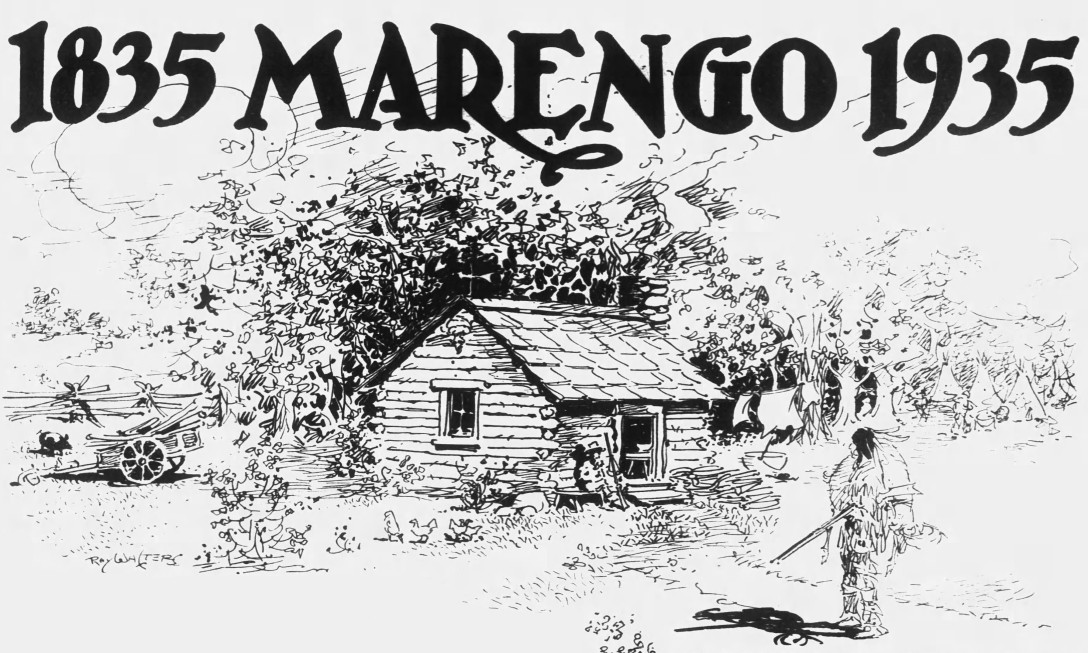 “Farming, the main occupation, was performed at a disadvantage in pioneer days on account of the crude implements in use. Hoes, spades, shovels, etc., were generally such as a blacksmith — and not always a skillful one — could fashion. Plows were far inferior to the smooth cast-steel, light-running instruments of today.

Corn was planted by hand; grain drills, reapers and mowers were for long years articles entirely unknown here. Wheat and other grains were sowed by hand, and covered with earth by dragging a wooden-toothed harrow across the land, smoothing off the surface finally by dragging a heavy brush across the field.

The grain was cut with the cradle, and threshed either with a flail or trampled out by horses. Fanning-mills were very useful and as it occasionally happened that there was but one such mill in a neighborhood, it would be moved from place to place and was in constant demand. Those who were not able to obtain the use of a fanning-mill were obliged to winnow their grain by the aid of the wind.

The want of mills for grinding grain and corn was at first a serious inconvenience to the people of McHenry County. Journeys of forty and even of sixty miles through woods and across prairies had to be undertaken by those who wished to obtain a grist.

But the settlement increased rapidly and this state of affairs did not long continue, the county being soon supplied with useful little mills run by water-power. They ground slowly and not always ‘exceedingly fine,’ but they were more serviceable than the handmill, the horse grist-mill, or the mortar and pestle which had been used largely hitherto.”