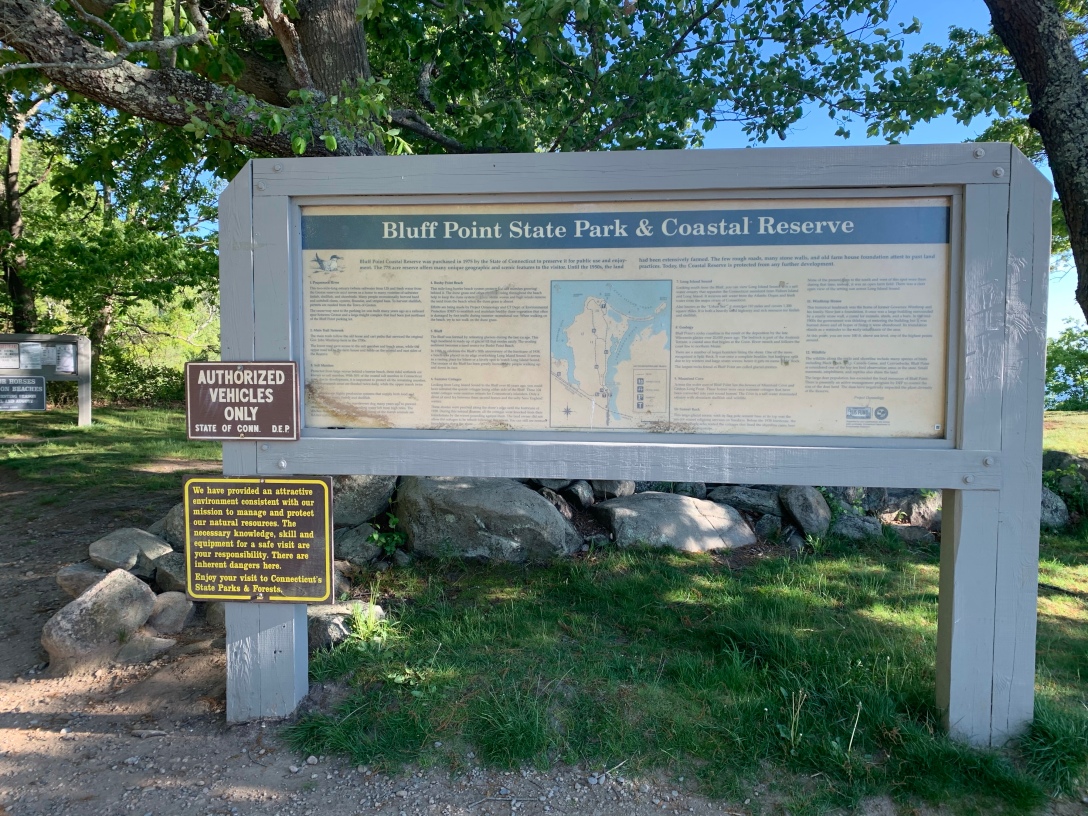 “Bluff Point is the last remaining significant piece of undeveloped land along the Connecticut coastline. Jutting out into waters of Long Island Sound this wooded peninsula, measuring one and one-half miles long by one mile wide, encompasses over 800 acres.

Originally proposed for acquisition as a state recreation facility as early as 1914, it was not until 1963 that the western one-third of the land was purchased from Henry A. Gardiner III. State holdings include a north-south strip of the mainland, a portion of the headland bluff fronting the Sound, and the tombolo or sandspit forming a beach of nearly one mile in length. The beach terminates in a small, rocky island called Bushy Point.

Bluff Point was designated a ‘Coastal Reserve’ by a special act of the Connecticut legislature in 1975 to establish the area ‘for the purpose of preserving its native ecological associations, unique faunal and floral characteristics, geological features and scenic qualities in a condition of undisturbed integrity’.

Because of its Coastal Reserve designation, access to the bluff is by foot or non-motorized vehicle only. The trail to the bluff passes through wooded and open areas until the view broadens as the bluff is approached. Here vegetation is more sparse and diminutive because of wind exposure. Among the plants to be found at the headland are native beach plum, beach pea and red and white shore roses.

The long, narrow beach is a geological remnant of the continental glaciers and subsequent erosion by wind and water… an ongoing process.” -Connecticut Department of Energy and Environmental Protection.