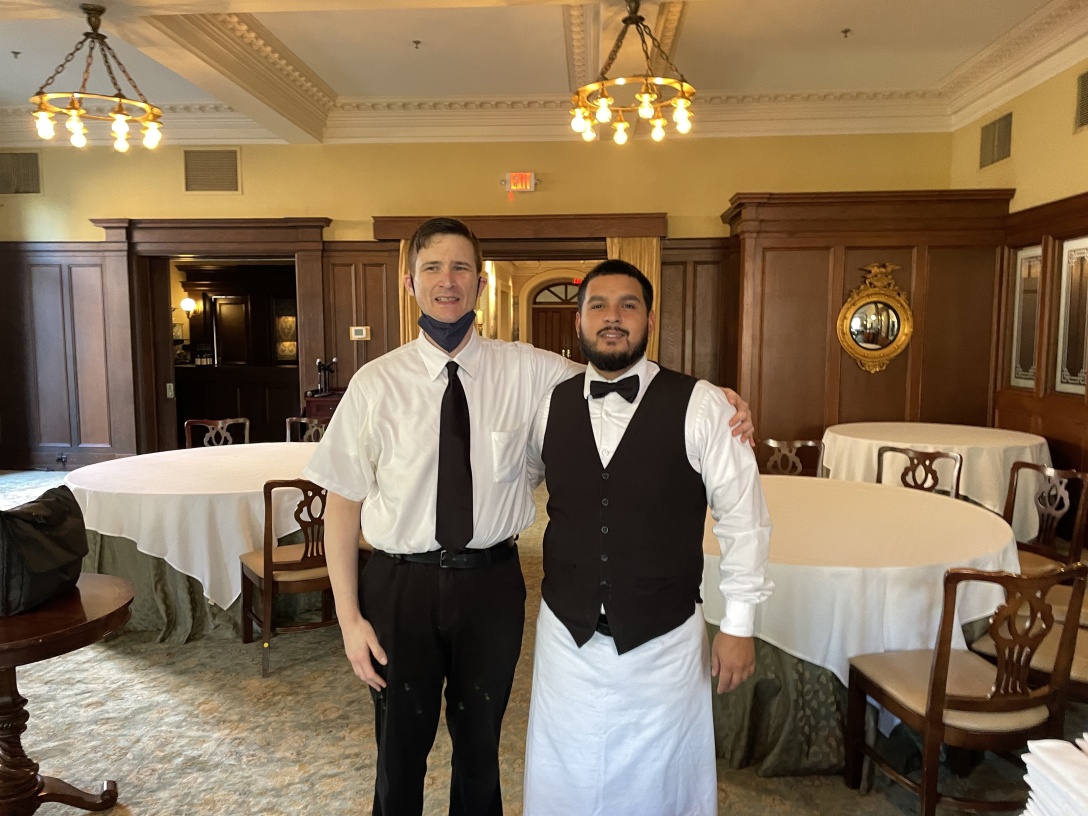 We started with 75 covers. The decision was made before service to close the patio due to an instance of low probability rain having occurred on the drive in (seemed like a sign): all patio reservations were successfully accommodated indoors, and there was a torrential downpour at 8PM (vindication!) Two parties of 2 cancelled, for a total loss of 4 covers. We were joined by a single solo walk-in guest, at 5:40PM (bar). We finished with 81 guests.

There was one order for takeout, for the honorable Professor B., placed by phone.

We were joined by an additional solo walk-in guest at 8:30PM; we finished with 82 guests.

The room accelerated from 0 to 80 (as measured in covers, not horsepower) and the reservations arriving for P. G.’s section were particularly condensed by early arrivals. R., who was for a moment concerned, soon commented: “P. is on track: he’s doing a great job!” I think what he may have meant was… MVP P. G.!

On the vernal equinox, messaged to FOH:

Full green compost bags get discarded into the blue bins with the yellow tops, which are located in the same backyard area as the trash compacter.

Take care not to overfill the bins (please reference photo): the yellow lid must be able to close to keep out pests.

Thank you and keep up the great work composting!”