Etta cut Roly Poly’s fur in the bathtub again. It makes him more physically cuddly, and also seems to have a psychological effect on the cat. Roly acts more needy of attention, as if he is more vulnerable to predation without his fur coat. Etta also cut his claws, taking away that source of his power. 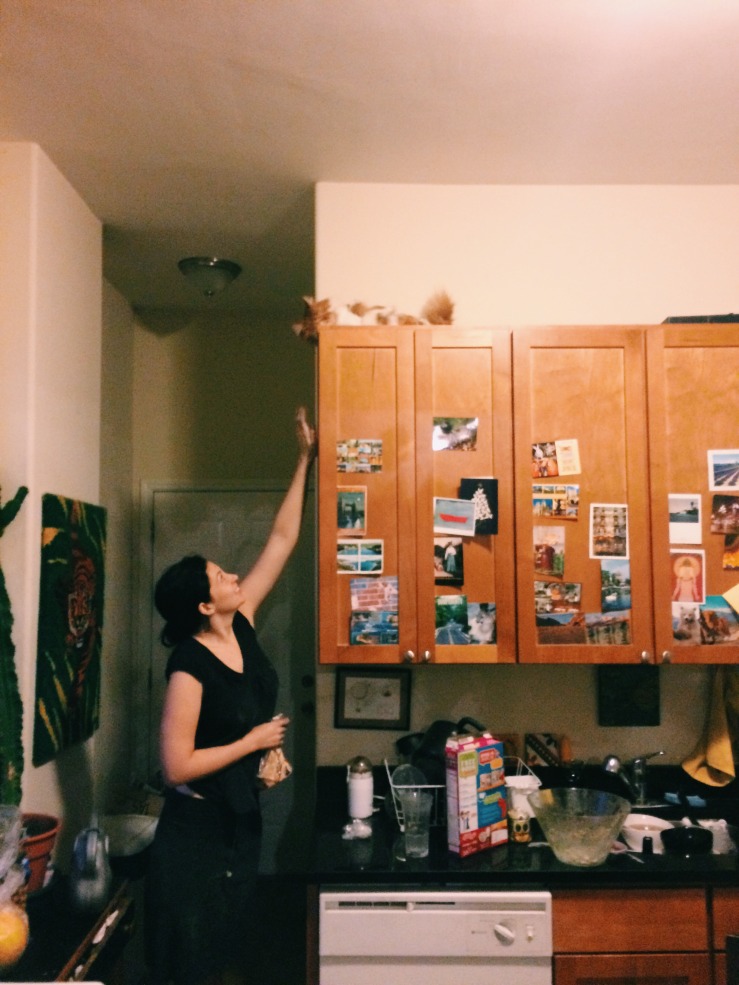 That’s not to say he is totally powerless. Roly Poly is the only one in our house who is able to climb to the highest peak, like a little goat. And when he arrives at the summit of Kitchen Cabinet Mountain, he rolls about in carefree ecstasy, safe from the reaches of evil Etta. The king has returned.